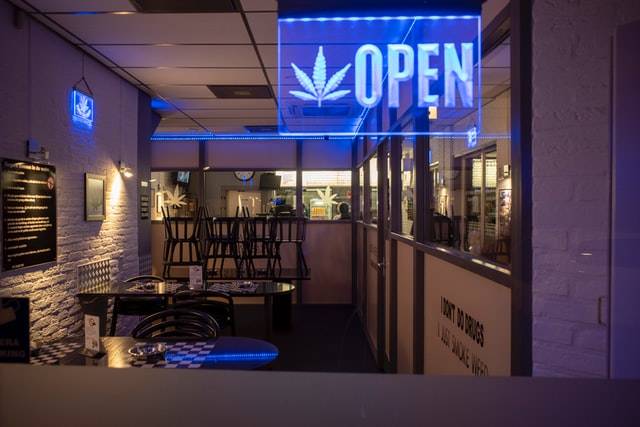 The term 420 was first coined by a group of students at San Rafael High School in California. This group of friends were called the Waldos because they often hung around a wall and used cannabis there. The first physical evidence of the use of the term "420" dates back to 1970. The story goes that Gary Philip Newman, a member of the US Coast Guard was the instigator of the concept's creation.

The Waldos never met Coast Guard Gary Newman in the 1970s, but Gary's younger brothers, Bill and Patrick McNulty, regularly visited Gary at the Coast Guard Base Lighthouse near Pt. Reyes. Gary had placed a small-scale guerrilla culture on the property. But at one point Gary got nervous "because his plants were federal land." Motivated by the fear of discovery and persecution, he drew a map of the guerrillas. The other brother Bill passed the card to the Waldos who then decided to meet at 4 h 20 to smoke and seek cannabis plantation. They ended up using the term as their secret code for cannabis use before it went viral. Gary's plants were ultimately never found, but it created an international vacation for cannabis lovers.

"THE WALDOS, THE CREATIVE HIPPIES, INVENTED THE TERM 420"

Many claims were made over the years before invent the term 420 , but the Waldos are the only ones to date who can provide concrete proof. This evidence comes in the form of letters, the San Rafael High School newspaper, and a 420 banner made in the art and drawing class at the same school.

The Waldos were particularly creative and hilarious northern California hippies. They were motivated, creative, active, motivated, involved, aware, intelligent, fit and educated. One of the group was an accounting student, others were award-winning animation directors and painters. Ironically, one of the Waldos was the son of the head of the San Francisco Police Department's NARC (Narcotics Enforcement), who gave the Waldos information about drug searches and the drug control escape.

THE 420 STARTED AS A "Joke" BUT BECAME A GLOBAL CONCEPT

April 20 has become the world day to celebrate and demonstrate the cultivation of cannabis against retaliatory policies. One of the biggest events is the "Million Marijuana March" which is derived from the "Million Man March" in 1995. In the Netherlands there is the Cannabis Liberation Day since 2009, a festival with performances by various musicians, pop-up stands, various renowned cannabis activists and the provision of education and information.

THE TERM 420 IS A TERM WELL KNOWN TO CANNABIS CONSUMERS

Today the term 420 has become quite common. This is no longer the secret code word used in the past. Additionally, thanks to media coverage, it has become a household name for cannabis cultivation. Nonetheless, the term is well established mainly among cannabis users. Nowadays, there are various products for sale in the 420 theme, such as t-shirts, caps and other clothing. But also various types of cannabis or cannabis seeds that bear the name. Of course, 420shop also has its own merchandise. Take a look at our grinders or rolling papers.
Share
Share on Facebook Twitter Pinterest